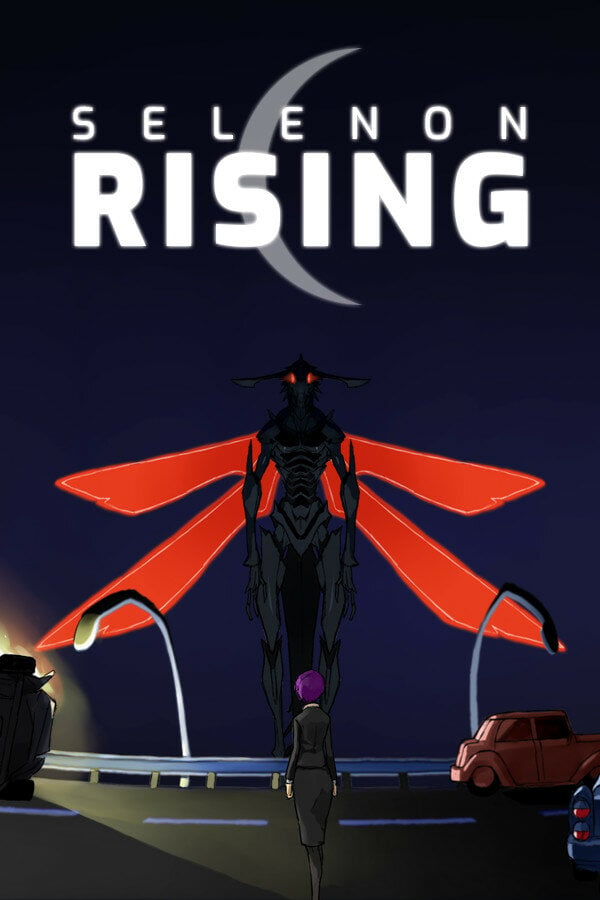 Selenon Rising is a sci-fi noir, episodic, mystery visual novel. Buying the base game will give access to Episode 1, with further episodes to be released as DLC in the future.

The age of the Selenon has begun. When these all-powerful beings arrived to take control of Earth, no one could stand in their way. Now, they rule over humanity from the dark side of the Moon, and the Bureau of Human Protection presides over the last vestiges of the human race. They have forced humankind to obey a single law – halt all technological progress or be annihilated.

Violet is an agent of SPECTRA, a group of psychics who work for the Bureau. She and her partner Blue have been given a new assignment – find the culprit of a murder. It seems clear-cut, but things are never that easy… especially when they involve the New Moon Resistance, a group of freedom fighters who want to stop the Selenon at any cost.

Their investigation leads to a web of secrets that may reveal humanity’s ultimate fate. But first, Violet must discover them before it is too late.