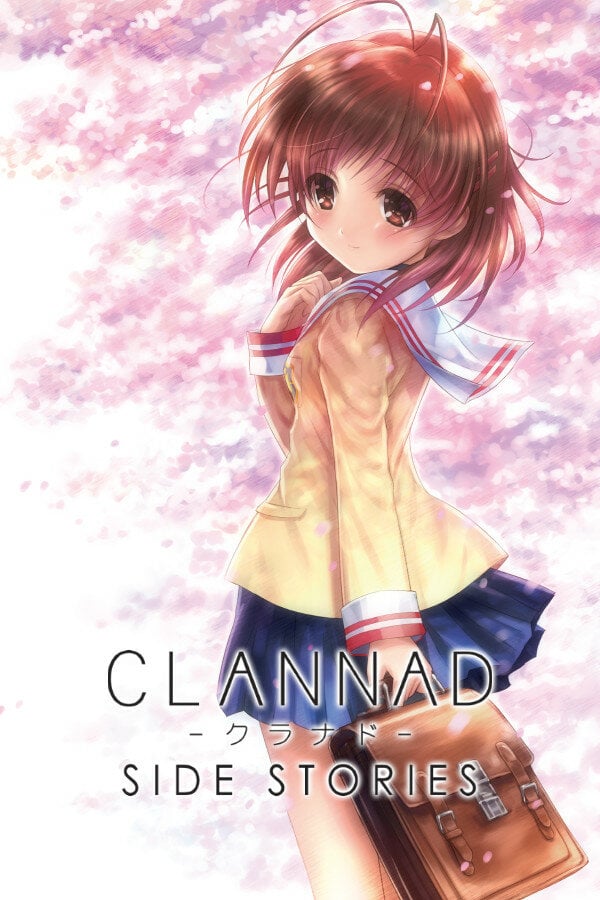 Delve further into the world of CLANNAD and experience the stories beyond the original visual novel adventure. Known as CLANNAD Hikari Mimamoru Sakamichi de in Japan, this collection of linear side stories allows you to explore and experience new sides and twists to your favorite characters from the little town of Hikarizaka. These are the stories which are not explored in either the visual novel or in the anime adaptation.

After the death of his mother, Tomoya Okazaki—a guarded delinquent student at Hikarizaka High School struggles to find meaning in his life. While on his way to class one morning, he meets a mystifying girl named Nagisa. From their brief encounter, Nagisa decides they should be friends, and enlists Tomoya’s help to revive the school drama club. Along the way, the two make friends with many other students and try to find both solace and belonging in their endeavors.

Originally released on the PSP handheld platform, this all new Steam release collects all the side story chapters and features high resolution assets at 1280×960 and in English for the very first time.