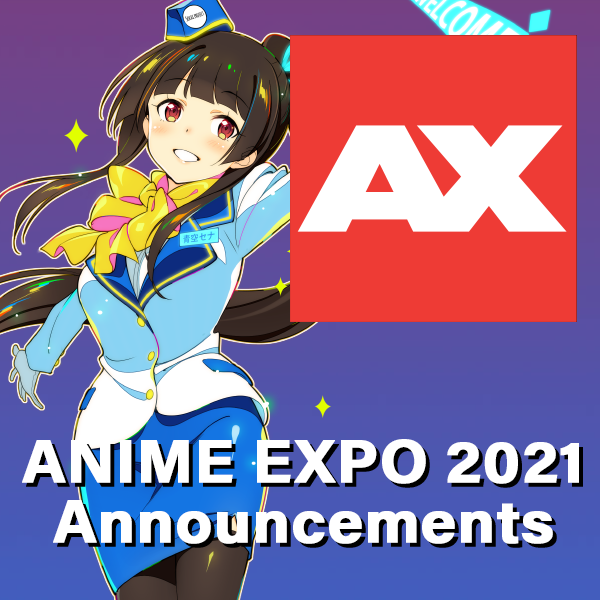 Looking for our 2021 Anime Expo announcements? Click here! We’ve got quite a few new titles coming soon as well as a new partner! 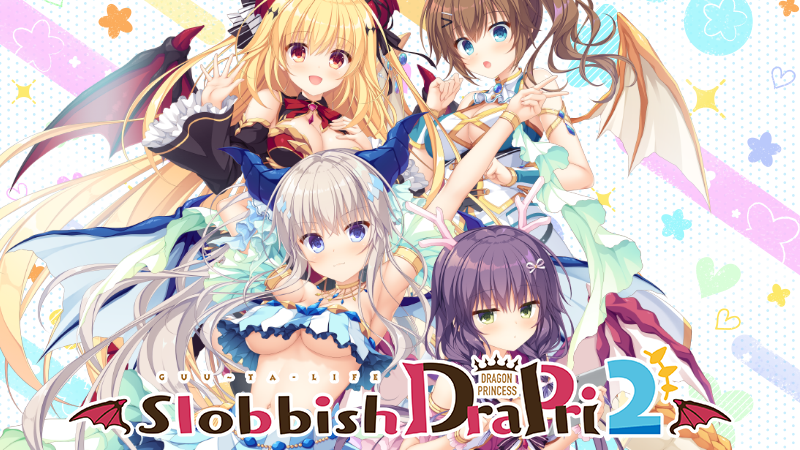 It’s been a few weeks since Judgement Day — when dragons covered the world’s skies. Humankind has been trying to adapt to a new daily life. But far beyond the skies above, the situation in the sea of stars has grown intense.

The dragons were split in half in their opinion on how to deal with humankind and in the confusion, Iris, dragon queen of the Sea and Water factions, descends to Earth, claiming the seas and barring all humans from entering them. With summer resorts and fishing shut down and even people in some countries unable to travel outside their borders, things looked bleak.

Days later, the dragon girl Dorami convinces Takeru, Haru and Suzuya to go to the beach for a vacation. What awaits Haru and the others as they approach the territory of the sea dragons? But for now, they’ll just have a barbecue. Maybe even split a watermelon. 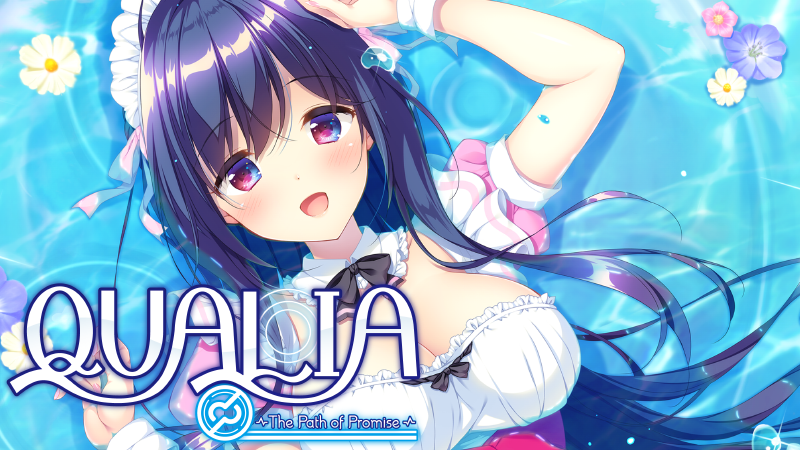 “Machina” is the world’s first android to pass the Turing Test. She’s attracted worldwide attention for her human-like qualities though there’s still some part of her that is not fully complete which shows that she still has room to grow. Incidentally, she is also dressed like a maid.

At the suggestion of his colleague, Dr. Hiro Koshino ends up taking Machina home and has her work as a maid. As Machina continues to learn and grow through her interactions with Hiro, he also begins to develop certain feelings towards her… An android heroine and the genius hermit. This is a story of pure love where the two learn to grow together, overcome fate and find happiness.

QUALIA ~The Path of Promise~ is the first title developed by PURESIS and the first to be published in the West. Translation and edited has been completed on this game. It is currently slated for a 2021 release. 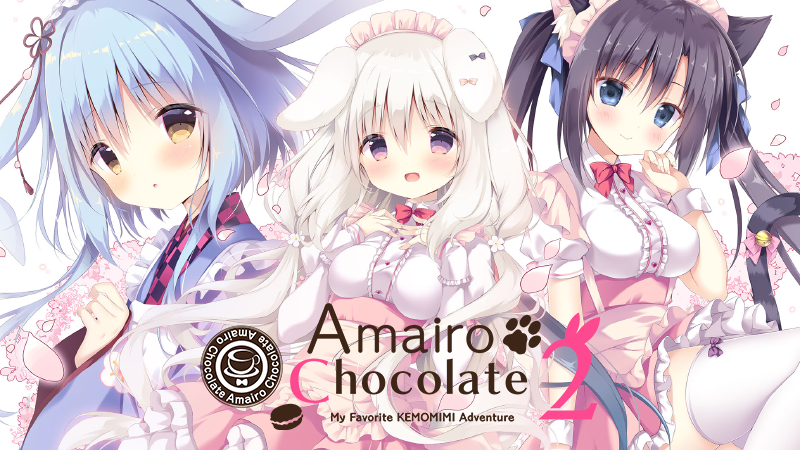 Yunagicho, a town lined with Western-style homes. The previous autumn was when Yuzuki came to this town and met the animal eared girls and started working with them at Cafe Setaria. The day after Christmas, he meets a lost girl looking for a traditional sweets shop. He finds the shop, which is run by her sister and that’s when he realized that they sported magnificent rabbit ears!

Suddenly, Yuzuki finds himself working at both the cake shop, Sweet Tail and the newly opened sweet shop, Mochizuki and his days just keep getting busier. But he continues to do his best in the fun and lively days he spends with these animal eared girls.

Amairo Chocolate 2 is the sequel to Amairo Chocolate 1 which brings back the entire cast while shifting the story’s focus to Ichika and Nana. The game also introduces the rabbit-eared Kaguya and her older sister, Mitsuki. The game is currently in translation. More details coming soon. 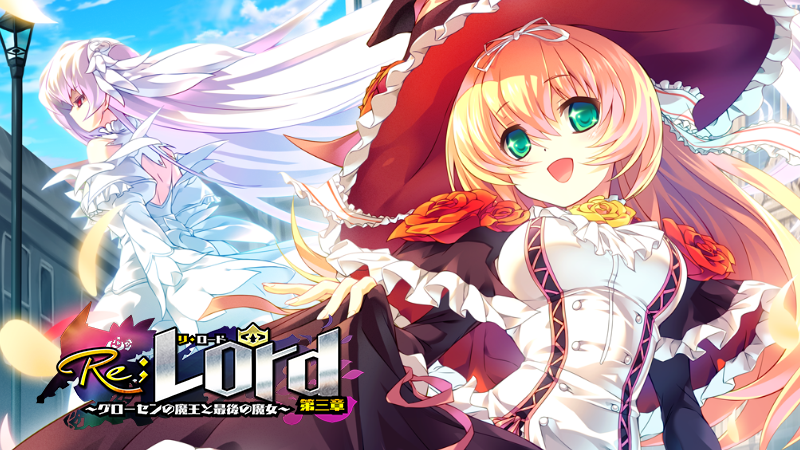 Re;Lord 3 ~The demon lord of Groessen and the final witch~
Developer: Escu:de

As Wilfried’s forces march on Greiz, the fated hour also approaches as if to ridicule him. Thus begins his final battle. The third chapter in the fantasy strip RPG series, Re;Lord 3 ~The demon lord of Groessen and the final witch~ is currently in editing. More details coming soon. Re;Lord 1 ~The witch of Herfort and stuffed animals~ is currently available on Steam with Re;Lord 2 ~The witch of Cologne and black cat~ currently slated for a 2021 release. 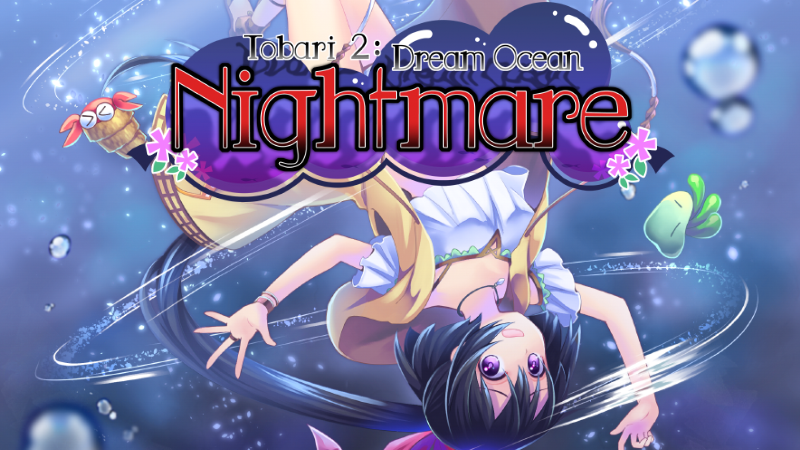 After her last adventure, Tobari finds herself at the beach but she isn’t there to catch a few rays. A mysterious voice calls out to Tobari, asking for her help. With nothing else to go by, Tobari journeys to the sea to help this mysterious person. Her journey won’t be easy as she’ll be challenged by the denizens of the sea who aren’t keen to let a surface dweller pass so easily. But what are the sea dwellers trying to accomplish? And who is it that calls out to Tobari?

This is a nightmare.

Just when you thought it was safe to spend a day at the beach, desunoya is back with Tobari 2: Nightmare!

This is a game that CANNOT be recommended to any normal gamer.

If you are a daredevil hero looking for a challenge, then this nightmare awaits you… 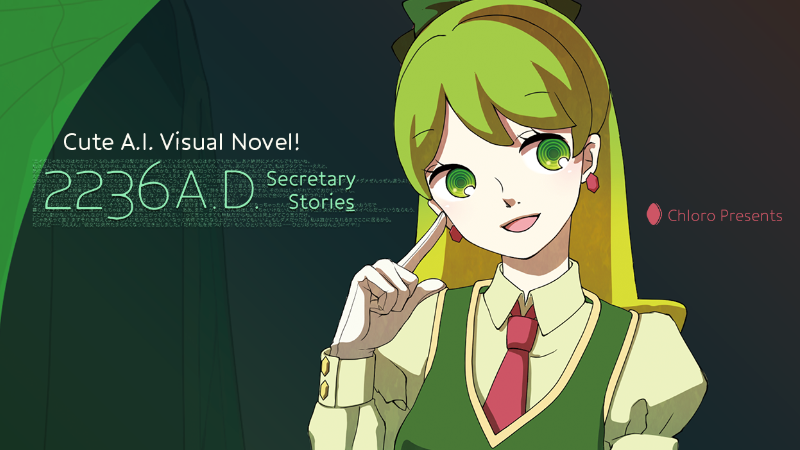 This is a story about Masuko, the Personal A.I. Secretary System (PASS) for Smart Tools* and her owner, Yotsuba.

The day is January 1, 2236 A.D. and the start of the year hasn’t gone as well as it could have.
(*It’s a really awesome smartphone)

This is a nonsensical story between man and AI that seems heartwarming but may not actually be heartwarming.

There are laughs but there aren’t really any tears but in any case, it is a visual novel about how Masuko is cute.

2236 A.D. Secretary Stories is a prequel of 2236 A.D., which is currently available on Steam. The game is currently slated for a summer 2021 release.