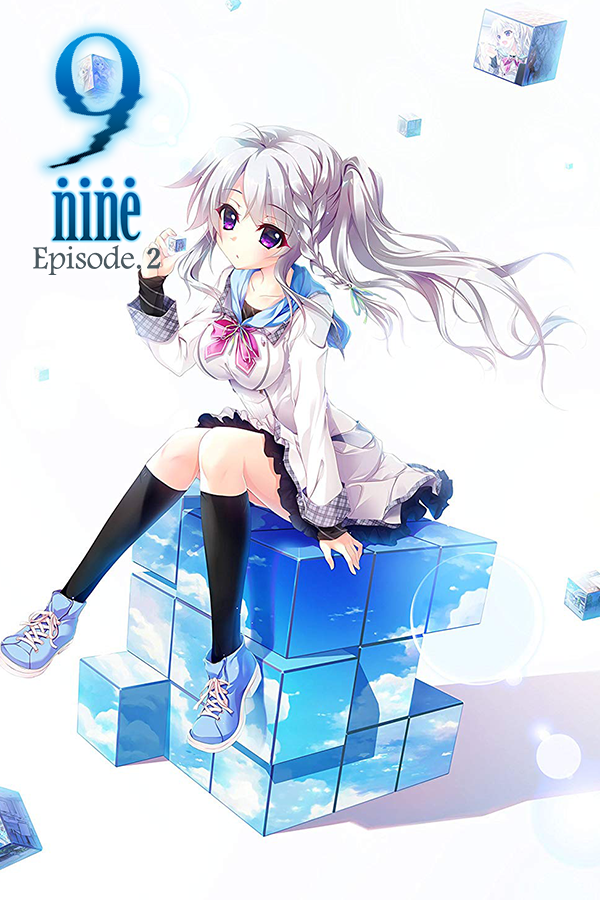 9-nine- Episode 2 is the second volume in a series of supernatural mystery games, with Episode 2 telling a story centered around Sora Niimi. The entries in the the 9-nine- series share the same setting and world, but each entry focuses on a different heroine. 9-nine- is a tale of the town of Shiromitsugawa, host to mysterious Artifacts and the superpowers they bestow on their Users. A tale of a brother and sister with a close bond, and also a murder mystery where they hunt down the culprit behind a series of supernatural murders. Each game has an independent story that can be enjoyed on its own. We hope you enjoy the experience that is the 9-nine- series.

The many-worlds interpretation posits that every random motion produces a novel branching universe. A butterfly flapping its wings rarely means a hurricane across the world, and human choices are no exception—our little everyday choices rarely bring about earth-shattering changes. But for Kakeru Niimi, one of those little decisions is about to make a big difference.

One night, Kakeru’s cheeky little sister Sora asks him to let her stay the night. And from the seemingly inconsequential moment when he caves in and says yes, a new story is born, a hurricane which will upturn both their lives.

The cadre of evil users, Rig Vega. The noble crew that opposes them, the Valhalla Society. In 9-nine-: Episode 2, these two forces will collide, striking new sparks and shattering preconceived notions. Can Kakeru and Sora put an end to this unveiled threat before it destroys them both?