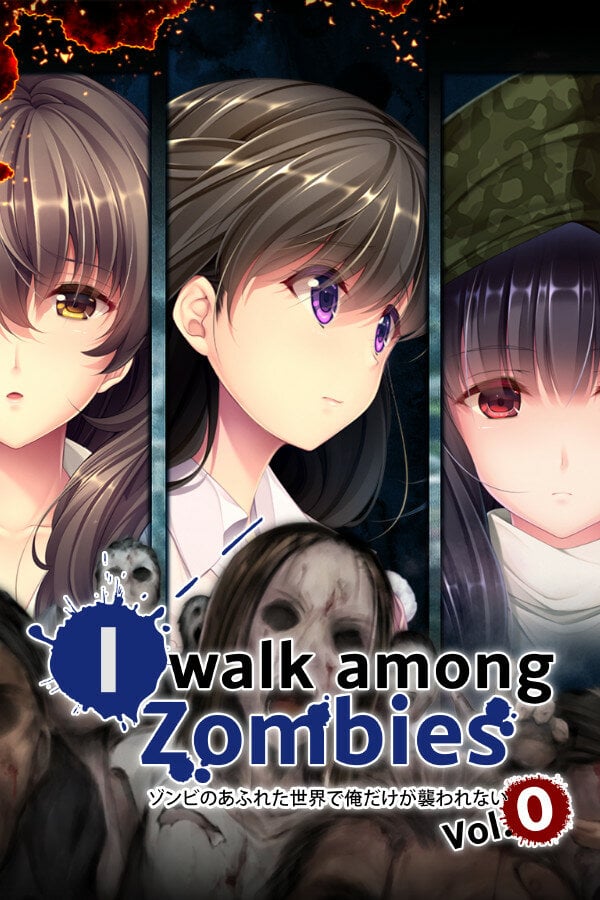 The Earth descends into chaos, the victim count rising at an astronomical rate. Those unlucky enough to survive spend their days in despair. But among them is our protagonist. Will he use his power to become a hero, or something else…?

Story
I Walk Among Zombies Vol. 0 is the final release in the series and contains a series of short scenarios featuring the main characters in the series.

Take a step into the shoes of Mitsuki, Tokiko and Sayaka and learn a bit more about their circumstances as well as their interactions with the protagonist in these short stories that take place in around each of the games in the series.

Please Note: We recommend playing I Walk Among Zombies Vol. 1 – 3 before starting Vol. 0.