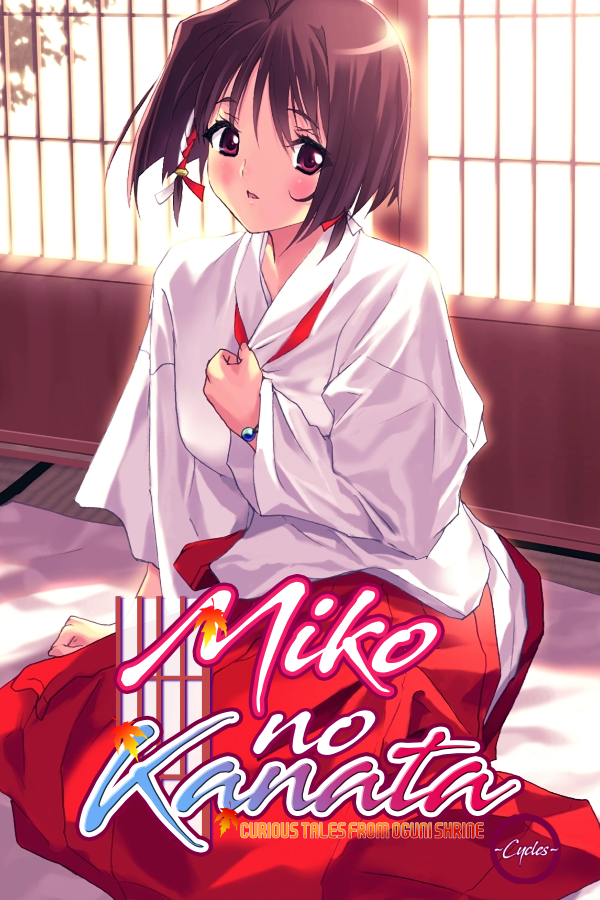 In the classroom on his first day of school, protagonist, Kiryu Yuya, meets Mikanagi Akiha, a girl with a mysterious aura about her.

Akiha was the spitting image of a miko who repeatedly appears in Yuya’s dreams and kills him.

However, Yuya felt a strong sense of fate in their meeting each other.
“It’s feels like we finally meet… Yuya-san.”
Akiha said those words, filled with a strong fascination in Yuya.
They were soon drawn to each other…

However, Akiha’s older sister, the miko, Koharu, let Yuya in on a startling revelation.
“Akiha-chan… is not someone from this era.”

A young woman’s love that pierces through the vastness of a thousand years.
The tragic fate imposed upon these fighting shrine maidens.
And the followers of darkness who seek to rampage through the world of night…

With those strong feelings alone, will Yuya and Akiha be together?!