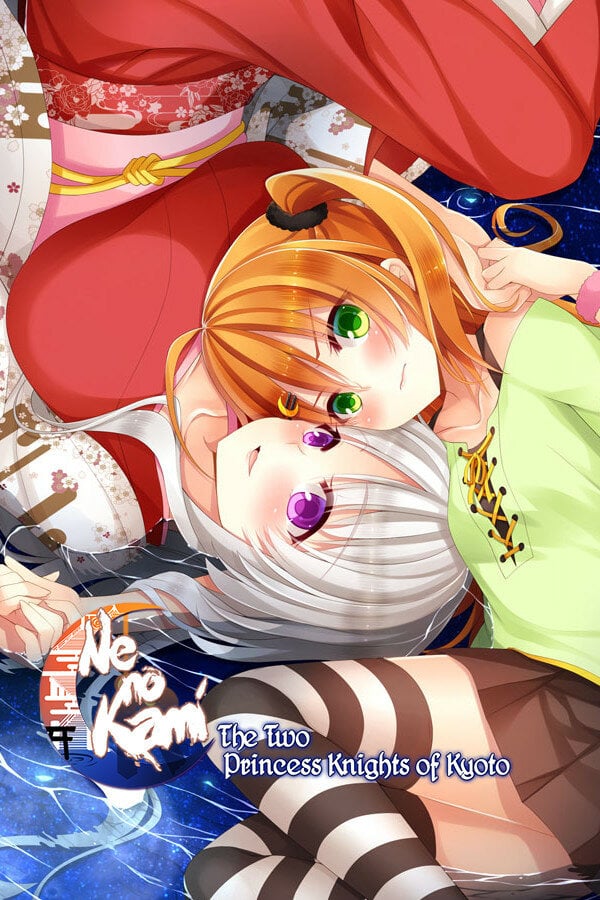 ~At dawn, the moonlight illuminates the old capital enveloped in fog. Guided by fate, bound by their thoughts, the maidens dance. Amid a spiral of despair, the beloved princess and her guardian knight overcome their fear. Gazing up at the dawn sky, the princess of the earth gently averts her eyes. Descended from the heavens, bearing her dreams. Scooping up the ripples from the water’s surface. The princess of the sun gazes, and contemplates. Light dwelling in their cerulean eyes, and with a will that can break down the wall of fate.

The dancing maidens of the old capital become the princess knights.~

A large earthquake rocks Kyoto at its core, unsettling the balance of the world. Through television and radio, news of absurd behaviors and emergence of cults became frequent, and demons sightings were reported all throughout Japan. But with the passage of time, society’s belief in the supernatural was fading and the people’s interest would eventually return to the mundane, regular life. The demons were no longer seen, and the world has become “peaceful” at the surface. Not long thereafter, the events of the earthquake were all but forgotten. Len has been living her entire life as a regular high school student. But suddenly, she is reunited with Shinonome, her childhood friend from long ago, and receives the ominous message-

“Len, you are going to abandon this town… and die—today”

Since her reunion with Shinonome, Len’s life is thrust into an all new “reality,” and the curtain which hid the “truth” of this new world is been lifted. Len and Shinonome must tempt fate and face a world in which reality is all but blurred, as the truth of this world comes to light.