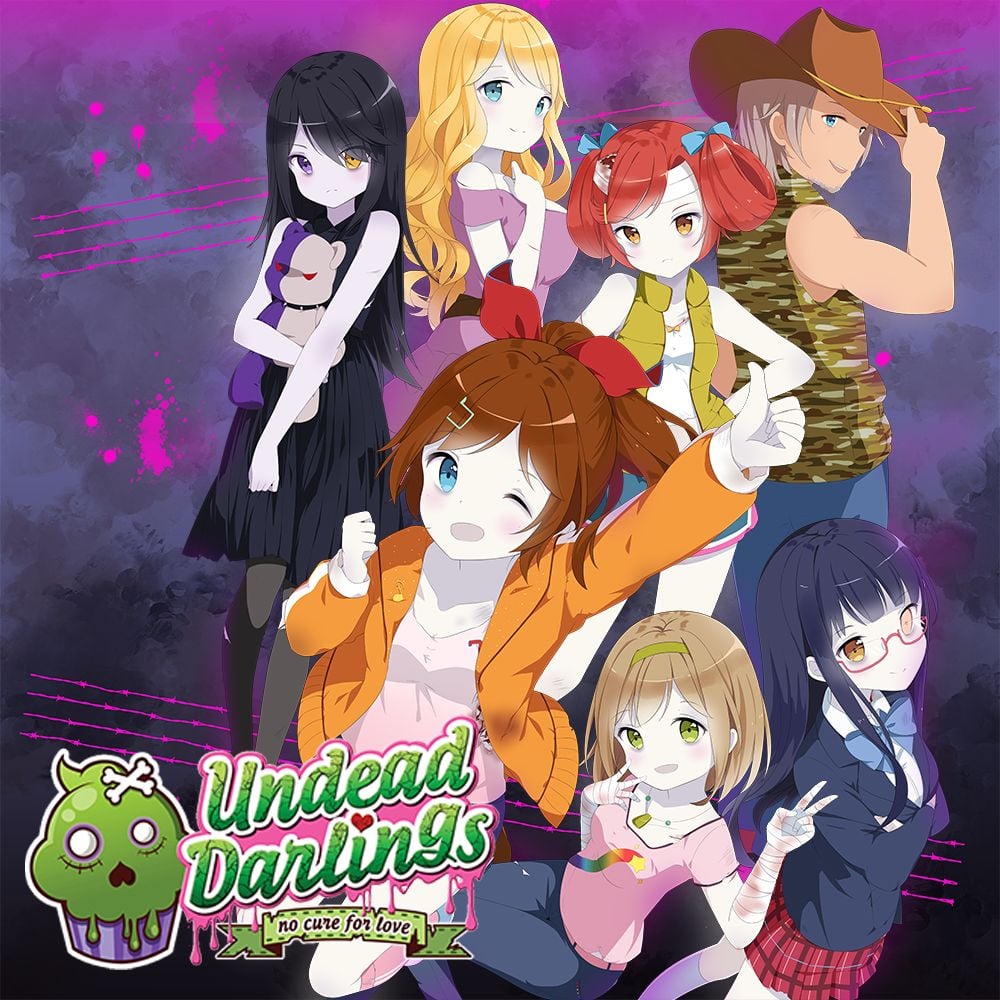 In celebration of the one year anniversary of the release of Undead Darlings, we have a special message from Nick Doerr of Mr. Tired Media!

It has been one full year since Undead Darlings was released into the wilds! Time sure flies. It feels like forever ago that we first brainstormed our idea and had our first piece of character concept art drawn… Come down memory lane with me for a minute, if you would!

While the full story would involve a much longer narrative, we fought so hard for this game to become a reality. When we were just getting the game concepts put into Unity—when we had nothing but the main characters, a few enemies, and a handful of incomplete 3D assets—we launched our first Kickstarter campaign.

There was support and love from the gaming community as well as from many journalists who were kind enough to cover our efforts. The first day garnered us a hefty chunk toward our $50k ask; an amount that we promised to match, and that would be how the game’s developments costs would be covered.

Sadly, our game was in too rough and too early of a stage to really draw in backers. Looking back, it makes complete sense. We didn’t have any mock-ups of the final product, or a vertical slice featuring finished assets. All we had was a promise. A promise that we would make our game and get it into the hands of backers. We wouldn’t abscond with the funding, or screw up and say that we need more money. So the Kickstarter sputtered and eventually ground to a halt, and we moved on disappointed but undeterred.

We looked over what happened and decided to get a “vertical slice” completed before trying again. For those who don’t know, a vertical slice for a game is basically a hand-picked sampling of every gameplay element (dialogue scenes, exploration, battle, UI) that demonstrates how the intended final product will play. Pieces of the whole, even if what is shown doesn’t actually make it into the retail release.

As we pushed toward that huge, daunting benchmark, we suffered the departure of our business partner. I say “we” because I’m so used to speaking as a company, but my best friend who had stuck with me for years, making just as many sacrifices as I had—but with the added pressure of having his wife and child to care for—told me that he had to leave and find somewhere he could make a more consistent paycheck. I completely understood. There was, and still is, no ill will at all regarding his choice. But now I had to carry the torch alone… My team depended on me, not only for direction but for morale.

I started a Prefundia once we got closer to our vertical slice goal. I made sure to get everyone who was interested in the game as involved as possible, and tried to ensure that our next crowdfunding effort was pre-planned, tailored, and in line with the best campaign descriptions that Kickstarter had from similar first-time studios.

Eventually, the time had come. We had videos, we had polished (or what we thought were polished, little did I know!) screenshots, and I made sure my approach and formatting was a match with “Editor Pick” campaigns. It looked great! My former business partner even helped me reach out to journalists with whom he had a rapport so that we could get coverage again. Our second Kickstarter went live and we got 25% of our funding goal in the first day. It was looking promising. But then the same thing happened. Funding stalled after about a week and we ended up a little over half of our desired goal. I don’t blame anything or anyone.

We soldiered on. We had come too far to stop regardless. The one thing I was adamant about with the funding was that regardless of the outcome, the game would be made. Funding would help to make it happen sooner. Without it, I would have to pay the entirety of the development out-of-pocket and that meant working two jobs, where one paid for the other. So be it.

Sprinting forward in time, we got it done and Sekai Project was there to help us with the publishing side through Sekai Games. We’re forever grateful to them, because now Undead Darlings is available on so many platforms—Steam, GOG, PS4, Switch…

Thank you to them, but more than that, thank you to all of you who have given our game a chance. We are proud of our first title and want to continue making games. Every game we make will be an improvement over the last, and that’s another promise that we will not break. Thank you so much.