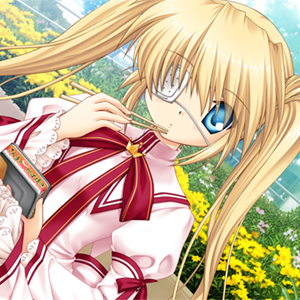 We’re pleased to announce that Rewrite+ is now available on Steam! From VisualArts, the developers of planetarian ~the reverie of a little planet~ and CLANNAD comes the story of Tennouji Kotarou and the mysterious incidents that he finds himself wrapped up in. A massive undertaking by VisualArts featuring character designs by Hinoue Itaru and an all-star writing team of Ryuukishi07, Tanaka Romeo and Tonokawa Yuuto, Rewrite+ is an updated release of the original Rewrite featuring improved updates across the board.

As many of you know, a crowdfunding campaign was launched for Rewrite+ back in October 2019. While the original intention was to release Rewrite+ in November 2020, a lot of things have happened that heavily impacted this release. The passing of lead translator, Karolis “Conjueror” Januševičius was a blow to a lot of us. Despite the hit to morale and the delays that ensued, the entire team resolved to come together and get this release to the finish line. This release is dedicated to the memory of Karolis “Conjueror” Januševičius. Thank you for your dedication and paving the way for this release.

One of the other challenges to releasing Rewrite+ also involved the content in the game. While Rewrite+ itself is not an adult title, there was content that was not going to work on Steam and with the assistance of VisualArts, changes were made to a small number of CGs in game. These changes are highlighted below: 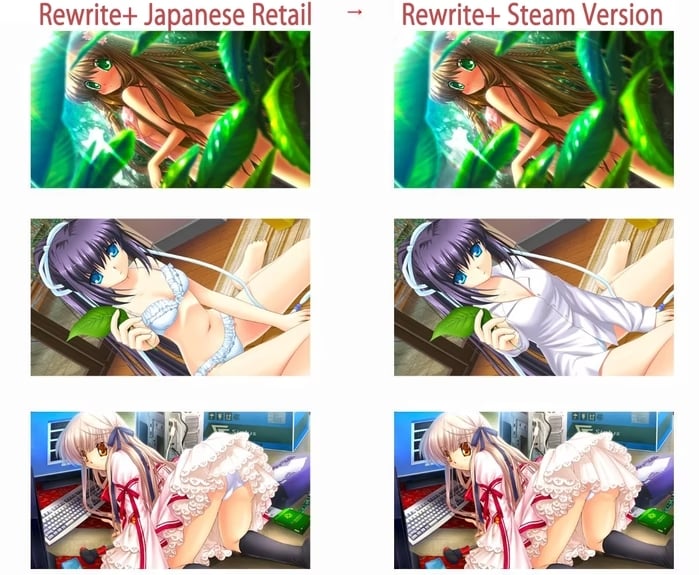 It’s understandable for everyone to be frustrated by the necessity of these changes. At the end of the day, it was important to do what we can to get Rewrite+ on Steam and available for everyone around the world to play.

Last but not least, Harvest festa is still in translation and will be released as a separate game from Rewrite+. More information will be coming soon as we get closer to a release date.

Bug reports can be reported on our new central tracker.