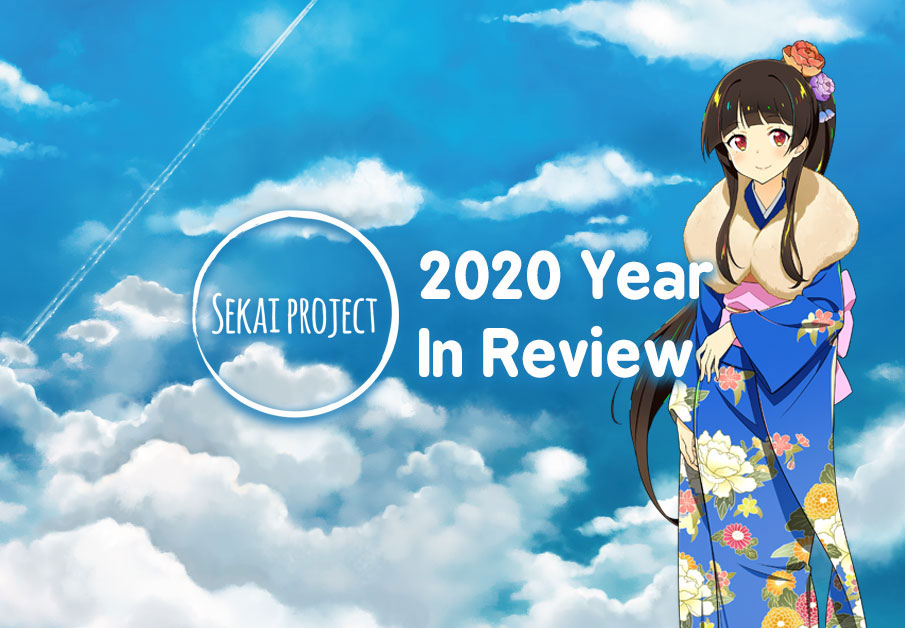 Sekai Project walked into 2020 with a lot of optimism for what was to come. After finally releasing the much anticipated Baldr Sky on Steam, there was a lot of excitement as to what the new year would bring. With a renewed push to exhibit at more conventions in North America, a lot of us here really wondered where we’d go from here.

Suffice to say, no matter where you were at that moment, life changed for a lot of us. As stay at home orders were issued, we hunkered down and continued to work on getting new titles to the public. At the same time, conventions canceled left and right and for some of us who were used to the hustle and bustle of constant travel whether to Japan or to conventions around the US, it was a strange time. However that pales in comparison to the hardship felt by those who have lost their jobs or loved ones and I want to offer my sincerest condolences to everyone that’s been affected by the pandemic.

There are still tough times ahead, but all of us are hopeful that everyone will do the right thing and stay safe until the day comes that we can all cross paths at an anime con or even in Japan.

Despite everything going on around the world, all of us at Sekai Project stayed very busy with new releases including a few unexpected surprises as well.

16 titles were released on Steam this year including a lot of highly anticipated titles such as NEKOPARA Vol. 4, the next chapter in Palette’s episodic, 9-Nine- series, as well as the stylish action game, Mahou Arms. We also had the opportunity to welcome a new developer to the Sekai Project family in Cabbage Soft with the release of Amairo Chocolate. From VNs to RPGs and even a post-apocalyptic survival adventure, 2020 had releases for everyone. 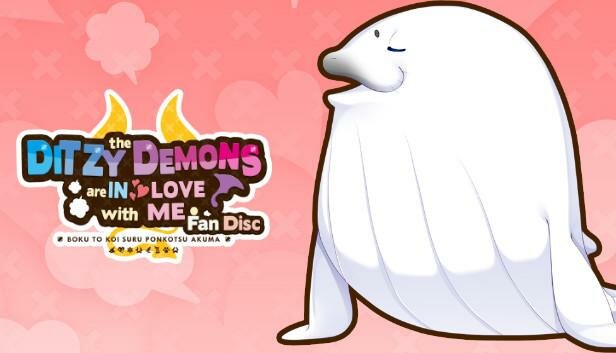 Ahem. Correction, we released 17 titles on Steam this year.

But that’s not all as we were also busy on the console front. 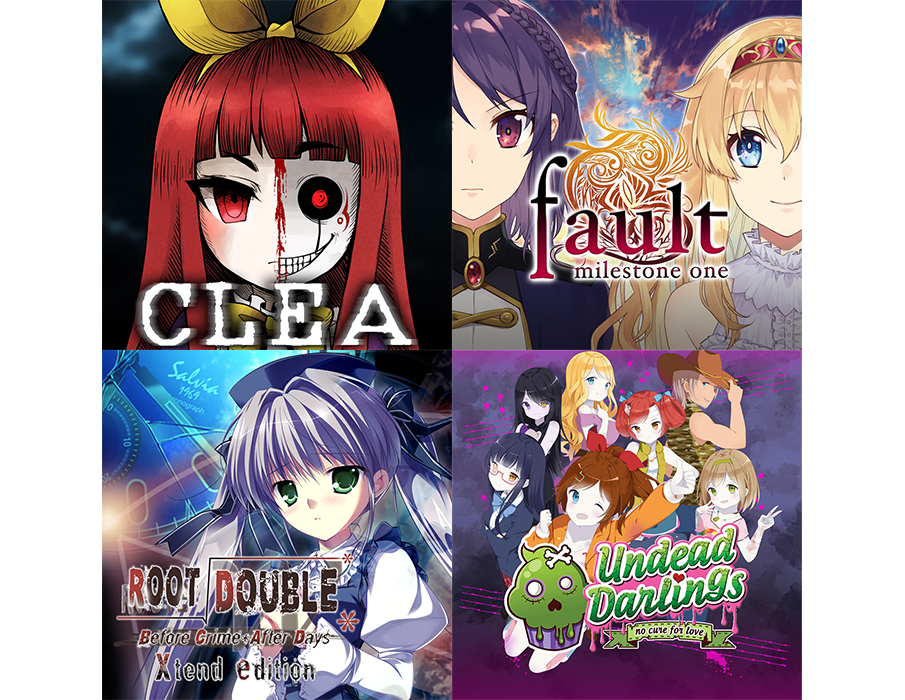 This year, we were very happy to team up with the fine folks at Mr. Tired Media in getting their first title Undead Darlings ~no cure for love~ out not only on Steam but Playstation 4 and Nintendo Switch as well. A dungeon crawler in a post-apocalyptic world with a group of zombie girls you say? That’s exactly what the doctor ordered. This labor of love was many years in the making and we’re glad to finally make it a reality.

We were also able to follow up 2019’s release of fault – milestone one on Nintendo Switch with the Playstation 4 release as well. Then came the release of the popular visual novel, Root Double -Before Crime * After Days- Xtend Edition on Nintendo Switch as well as finally being able to release it on Playstation Vita in the EU as well. Last but not least, we teamed up with InvertMouse and released their survival horror adventure, Clea on Nintendo Switch. We definitely look forward to more from InvertMouse as well as our other developers as we look to release more console titles in 2021.

Speaking of console releases, did you get a chance to pick up the physical release of Root Double on Playstation Vita from eastasiasoft? Or perhaps CLANNAD or fault – milestone one from the fine folks at Limited Run Games? We were happy to work with more companies in getting our physical console releases out to everyone. As collectors ourselves, we understand the value of a nice physical, especially if it has some nice goodies as well.

But that’s not all. We also teamed up for the first time with Strictly Limited Games to release physicals for both A Magical High School Girl as well as the Nintendo Switch release of Root Double -Before Crime * After Days- Xtend Edition. Quantities are limited so don’t miss out before they run out!

So how does 2020 compare to previous years then? Well let’s have a look! 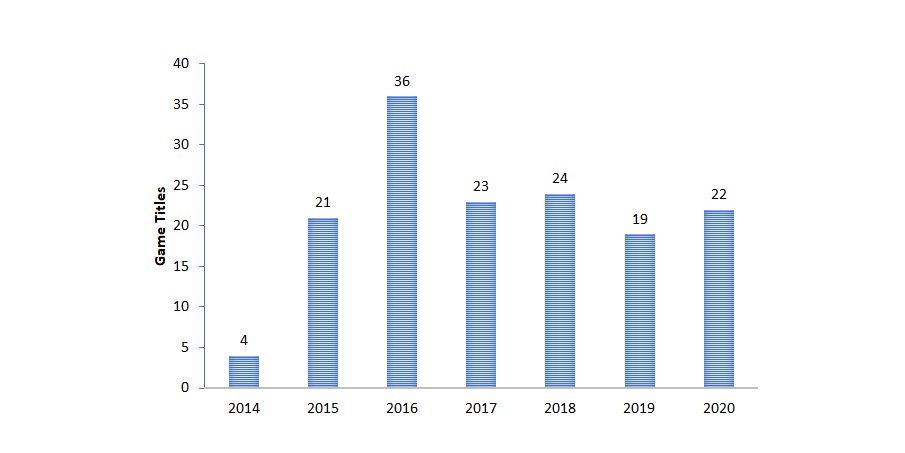 Though it did seem that our output slowed a bit this year, we actually released more titles compared to last year. I は SHOCK!

Our backlog is still a fairly tough opponent and with titles we had hoped to release in 2020 that didn’t quite make the cut, 2021 is already shaping up to be an even busier year than in previous years with a lot of surprise announcements that we’re still keeping under wraps right now. Don’t worry, when the time comes, we’ll let all of you know. 😉

With the exception of TOKYO CHRONOS, we unfortunately didn’t meet our own expectations in terms of getting more outstanding projects finished and fulfilled. With a lot of logistics being held up throughout the pandemic, this has pushed our schedule into 2021 for a number of our outstanding projects. Nevertheless, with physical designs being finalized for a number of projects including ChronoClock as well as our continued work on getting Rewrite out in 2021, we’re definitely busy as ever but the goal is still the same to get these projects completed.

Where do we go from here regarding crowdfunding? While there’s no denying how helpful crowdfunding has been to make many seemingly impossible projects, possible, we are still looking to take a step away from crowdfunding for the foreseeable future.

As always, we appreciate each and every one of you backers out there and your continued support and patience with us on these projects. Look forward to more updates as we get closer to the finishing line for many of these campaigns.

The Future of Sekai Books

Though long delayed, just recently GATE Vol. 2 was finally shipped out to everyone who preordered it back when it was first announced. This article perfectly sums up the situation with the future of GATE.

Sekai Books will likely go on hiatus for a while longer as we focus hard on our upcoming and backlogged game projects. It’s hard to say what the future holds for our book publishing arm so I’ll leave it short and sweet.

Well this certainly turned out longer than I expected! This is the first time we’ve really taken the time to write up a review of the previous year but with the pandemic throwing everything into chaos, now sure seemed like a good time to do something different.

2021 will mark the 8th year of operations for Sekai Project. So much has changed since my business partner and I decided to join forces and make Sekai Project a reality. Though there is uncertainty as to how things will be in terms of COVID-19, we will continue to do what we can to bring the very best not only from Japan but around the world to you. We hope that you join us on this crazy ride into the unknown of a new year.

But before that, I want to extend my heartfelt gratitude and appreciation to our staff as well as the freelancers from all over the world whose work is what makes it possible for these wonderful games to reach the English speaking world. Every single one of you are the real MVPs and don’t let anyone tell you otherwise.

Lastly, a shout out to all of our developers and partners. We thank you for your patience and interest in working with us and look forward to our continued partnership to spread your wonderful creative works to everyone.

And that’s it for 2020! On behalf of our home office staff, our Tokyo office staff and our many, many freelancers around the world, thank you for making us a part of your world and see you in 2021 as we continue to bring the world’s creativity to your doorstep.