We’re pleased to announce that Sweet & Tea‘s The Seventh Sign -Mr. Sister- is now available in the West on the Sekai Project Shop and GOG! If you’re looking for a VN involving the supernatural, mysterious cat-eared girls and a lovable little sister then clearly, this is the title to try out.

Life was mostly normal for Reiji Aoba. He lived with his younger sister, Erika and the two of them went to school every day like any ordinary student would. That is until he slips on the stone steps of a shrine and cracks his head open. However death is not the fate waiting for him as it turns out that his life has been saved by a mysterious cat-eared girl named Fuuko. In order to save him, she places three of the seven fragments that represent her divine power inside of him.

Things get weirder as Erika not only does not remember his accident but has also sprouted cat ears of her own. On top of that, it appears that it isn’t all that good an idea to have shards of divine power in his skull and if he doesn’t extract them somehow then both him and Fuuko are doomed to die. Thus begins the race against time to remove the fragments while still trying to live a mostly normal life alongside in Erika. 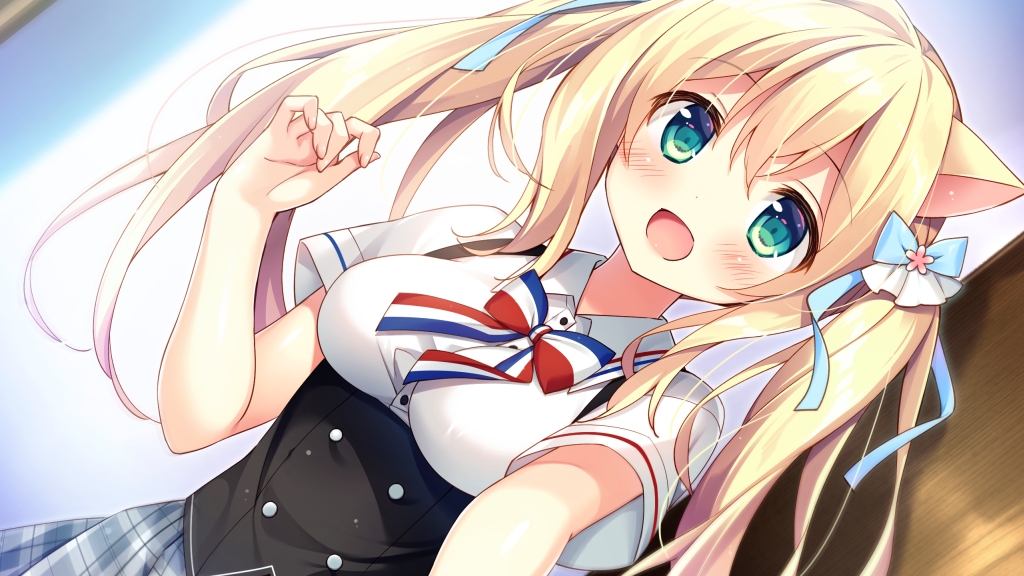 Erika Aoba, a little sister who’s totally not a catgirl.

As some of you may remember, The Seventh Sign -Mr. Sister- was first announced at Anime Expo 2019 and was scheduled for a Summer 2020 release. Unfortunately, Valve deemed the content in the game not suitable for Steam and it was subsequently banned in 2020. While we weren’t able to pinpoint the specific issue that they flagged within the game, we spent a significant amount of time assessing exactly how we would bring this game out to the West and give it the proper attention it deserved. 2020 and 2021 was notably chaotic with the ongoing pandemic but it wasn’t till GOG gave us the perfect opportunity. We’re very grateful to GOG for giving us this opportunity as well as showcasing all of our other releases in a midweek publisher sale this week. If GOG is your platform of choice, head on over there and check out the many titles on sale!

We certainly hope that the wait was worth it and that everyone will give The Seventh Sign -Mr. Sister- a try. Erika is precious and wonderful and we’re sure everyone who plays this game will come to that conclusion as well.